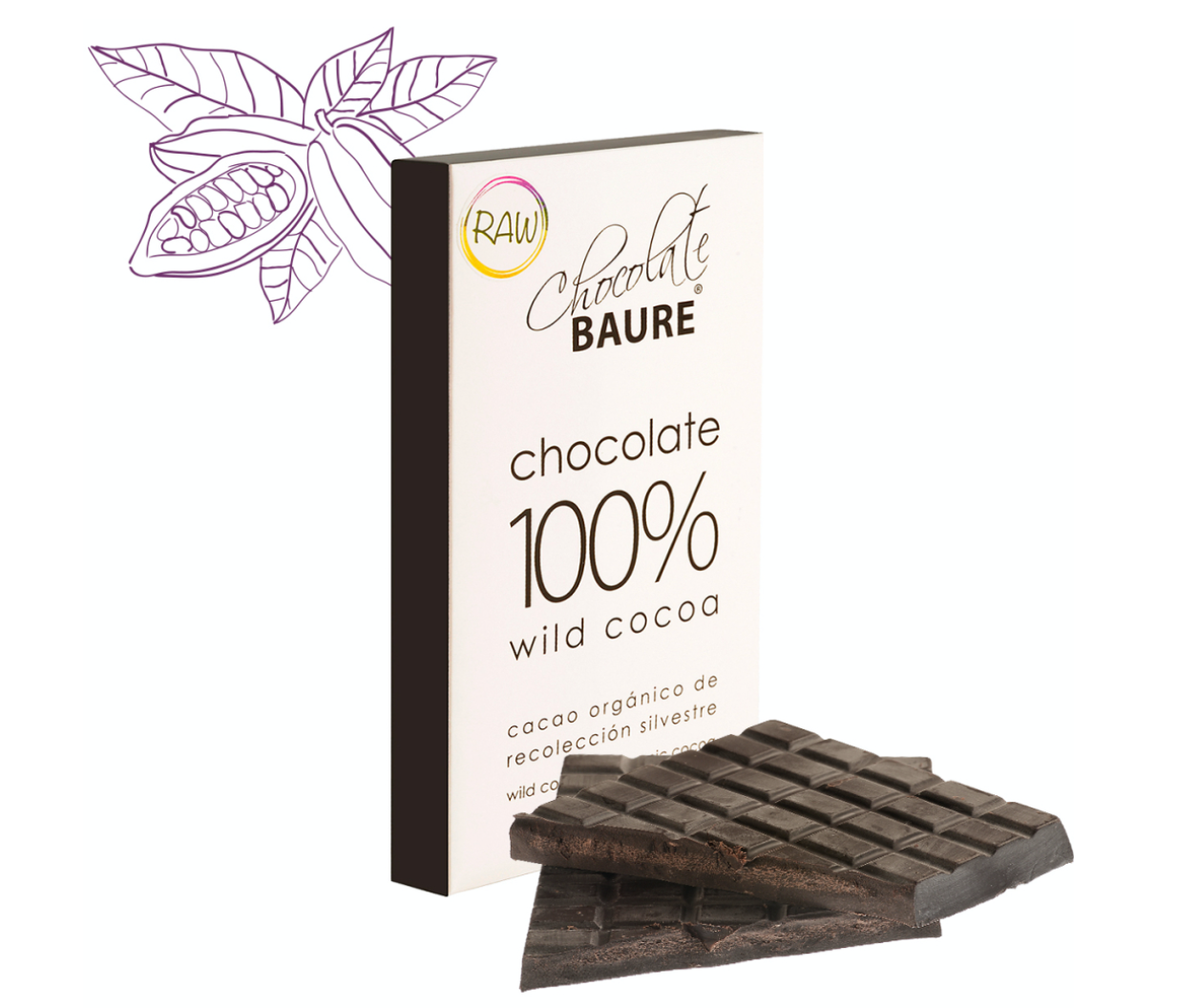 wild and pure... this is the Cacao from Baures

The Amazon jungle is like a piece of art. . .

As part of this masterpiece of nature, cacao pods grow wildly and freely without human intervention. We passionately transform this raw natural source into a delicate and exquisite raw & wild Cacao Paste, in perfect harmony with how Mother Nature has planned it. 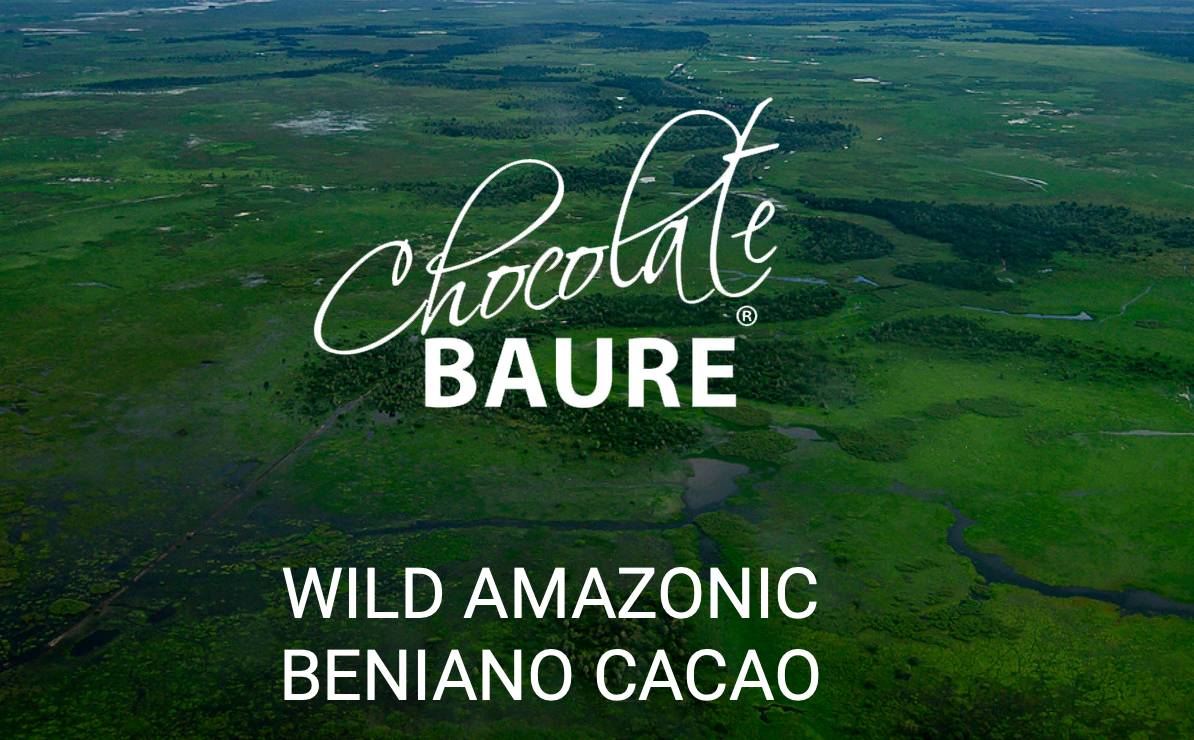 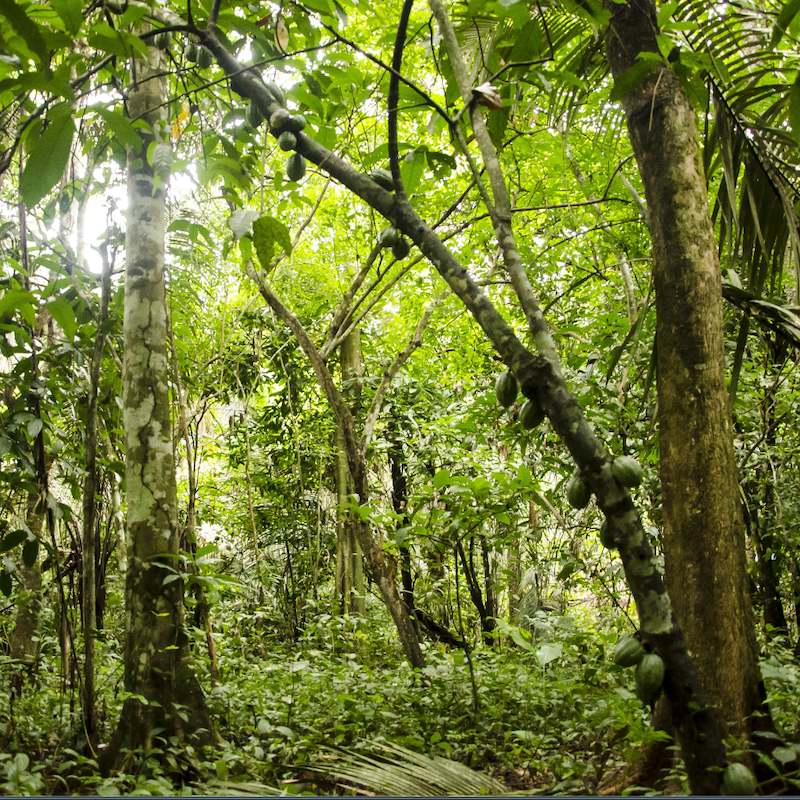 The cacao growing in the province of Beni, eastern Bolivia bordering Brazil, is probably the only 100% wild growing cacao on the globe.

Studies of its genetics have shown a purity percentage of nearly 98% which means that the chromosome crosses in this variety are almost none, positioning it genetically as among the purest cacao ever tasted.

When we talk about “Wild Beniano Cacao” we refer to an endemic cacao variety which, due to its millenary age, could represent the biological origin of the Theobroma cacao specie, according to archeological research.

Several researches conclude this thesis, and use as explanations the microclimate and the natural water amount existing in the area needed by this specie.

The mentioned researches also show that pre-Columbian cultures occupied the flat lands of Moxos at least 1000 years before Christ and left complex constructions of what seems to be an approximately hydrographic net of 6000 miles through the jungle.

Later-on, new studies have identified forested spots along this area. These spots are areas where cacao trees strongly predominate the vegetation and are called by the natives as “CHOCOLATALES”. Overflying or walking to the depths of the jungle, it is still today possible to witness these channel constructions .

A thesis suggests that the cacao trees have been part of the rainforest even before the arrival of the tribes to the vast Beni savannah, and these aborigine communities were the first to consume cacao.

We seek to preserve the unbelivable richness, diversity and vibrating energies of the Amazonas and their guardians - the indigenous tribes.

By transforming the Wild Cacao, we not only seek to respect and care for the Amazon jungle, we also aim to boost the social-economic development of the Bolivian Amazon communities. Our goal is that all our activities and practices will be held in accordance with  sustainable development criteria, respect the original cultures of the Amazonian native population and achieve balance through ethical supply along the production chain, and offer high quality chocolates with remarkable nutritional and organoleptic features.

Through long term relationships and the trust in each other we strive to grow together in an organic way. Not too fast but still powerful enough to make a difference.

Paying fair wages
We want to give back to the producers. That is why we have committed to paying salaries that are far above the average loan in the industry. By cutting out the middle man we want to create changes in the cacao industry. Especially stopping the practice of exporters and importers cashing in most of the value added while farmers are left with alarmingly low shares of the selling price.

Decent Work and Economic Growth
No Poverty
Gender Equality
Supporting indigenous communities
The community members own the land and there is no private property ownership regarding the wild cacao spots. Any inhabitant who decides to respectfully use the natural resources, is free to do so under the single right of being part of the Baure Community. ​ Summarizing, the access and the regulation of how to use the jungle has resulted in a harmonic cacao activity with a highly positive environmental, social and economic impact.

Good Health and Well-Being
Decent Work and Economic Growth
Quality Education
Value at Origin
For us it is an import issue that most of the value creation is in the countries of origin. Through this there is more development and education in the countries.

We are curious to hear from you :-)

Let us know your thoughts and most importantly if you like our raw & wild cacao from Bolivia..